how do you spell the sound of crickets

“Write to me. Keep me alive,” wrote Jory Post to Paola Bruni as he was dying of inoperable cancer.

Hence, the quiet conversation ensued — one poet to another — an intimate, and at times playful, sharing of hopes, fears, and grief. 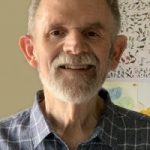 Jory Post was an educator, writer, and artist who lived in Santa Cruz, California. He and his wife, Karen Wallace, created handmade books and art together as JoKa Press. Jory was the co-founder and publisher of phren-z, an online literary quarterly, and founder of the Zoom Forward reading series.

His work has been published in Catamaran Literary Reader, Chicago Quarterly Review, Rumble Fish Quarterly, The Sun, and elsewhere. His short stories “Sweet Jesus” and “Hunt and Gather” were nominated for the 2019 Pushcart Prize. 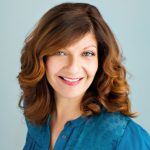 Paola Bruni is a writer, wife, and doggie mom living on California’s Central Coast. She is a two-time Pushcart Prize nominee, winner of the Morton Marcus Poetry Prize, and winner of the Muriel Craft Bailey Poetry Prize judged by Ellen Bass, as well as a finalist for the Mudfish Poetry Prize.

Her poems have appeared in such prestigious journals as The Southern Review, Ploughshares, Five Points Journal, Rattle, Massachusetts Review, and Catamaran Literary Reader, among others. Her short plays have been produced by Actors Theater, Santa Cruz as well as short-listed for play festivals around the globe.

You can learn more about the world and works of Paola Bruni at paolabruniwriter.com.

5 reviews for how do you spell the sound of crickets

Also By the Author

We will never sell, rent, or otherwise lend your contact information to anyone.

I shall be the guest curator for the latest anthology from @PaperAngelPress , "WE FEAR NOT THE SEA."

Click the link in the thread below for details!

LOOKING FOR THAT LAST-MINUTE GIFT FOR A WRITER IN YOUR LIFE?

There is a size that fits every budget — and you don’t even have to gift wrap it!

(P.S. Buying their books is nice too!) 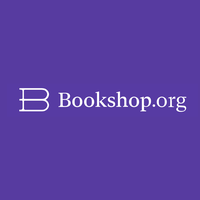